The greatest continental football competition has returned after a five-year absence, with EURO 2020 taking place a full year after it was postponed. The tournament was initially slated to take place from June 12th to July 12th, 2020, at 11 different locations across 11 different UEFA member countries. However, the event was postponed from June 11th to July 11th, 2021, partly to lessen the stress on the public services of affected nations and to allow for the conclusion of already interrupted domestic competitions. In this article, we will present our best Euro 2020 Winner betting tips.

The EURO 2020 final will be held on July 11, 2021, at the iconic Wembley Stadium in London, England, and numerous elite teams will be competing for a spot in that blockbuster match.The typical heavyweights, such as France, Germany, Spain, and Italy, who have won the past four World Cups, will be vying for the championship, as will England, Belgium, and reigning champions Portugal.

Our betting prediction for EURO 2020 is that England will win the trophy, after more than 55 years of a trophy drought, with their only major international honour being the historic 1966 World Cup win when they destroyed Germany in the final at Wembley. The fact that the final of this tournament will again be held at Wembley should be added motivation for the Three Lions.

✅ Squad Depth – Barring France, no other international team has the sort of squad depth as England has. Several quality Premier League players were not selected for the final tournament squad, highlighting just how much talent is there at Southgate’s disposal. There was no space in the squad for the likes of James Madison and Aaron Wan Bissaka, two players who would probably start for every other team in the competition.

✅ Amazing New Generation Of Players – England can boast of arguably the best bunch of youngsters in the world right now. From Phil Foden and Mason Mount who recently battled it out in a Champions League final, to Jadon Sancho, who has been the most important player for Dortmund for some time now, the England squad is brimming with youthful confidence and energy. Players like Reece James and Declan Rice are already world class in a way.

✅ Joint Favourites – England are joint favourites to win this tournament along with France, with odds of 5/1. After a World Cup semifinal, the squad is full of confidence and will be looking to go even further this time around, with an appearance in the final the main target.

✅ Wembley On Their Minds -   The final of the 2021 EURO tournament will be held at the Wembley Stadium, also the venue for England’s only ever international honour i.e. the 1966 World Cup. The chance to win the title at home, in front of the home supporters, will surely act as added motivation.

Squad Information and Statistics That Back Our EURO 2021 Winner Prediction 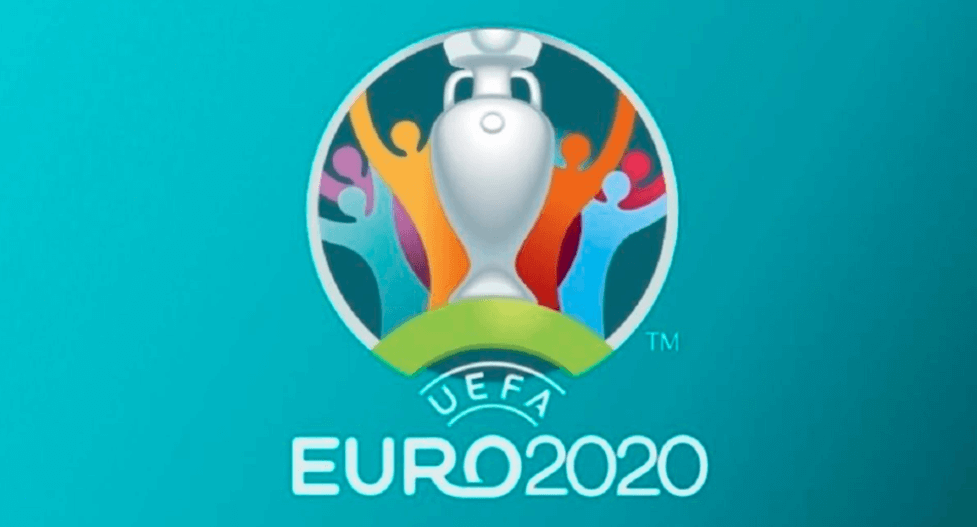 The current England squad, though not referred to as the Golden Generation as it was called during the barren spell between 2002-2014, is still one of the very best in terms of sheer quality and depth of options. It is also one of the youngest squads of the tournament, with an average age of below 25.

Gareth Southgate has outperformed several recent managers with this young squad, led by the talismanic Harry Kane, arguably England’s greatest striker of the modern era. England reached the semifinals of a World Cup after more than 20 years before succumbing to a very late defeat to eventual runners-up Croatia in extra time.

However, there was enough to see in the squad to suggest that the immediate future is very bright, and with plenty of world class players coming up the ranks, England have every chance to go all the way this time and secure their first ever European Championship.

The English Captain has elevated his game to become one of the very best players in world football currently. He won the Golden Boot at the 2018 FIFA World Cup with 6 goals, as he led with example, taking England to their first semifinal in 28 years.

Kane is coming off his best ever Premier League season, as he won the Golden Boot with 23 goals as well as the best playmaker award with 14 assists, a remarkable and unprecedented feat, which ensures that Kane is entering this tournament in the form of his life, and will again be looking to lead by example.

England have an abundance of top-quality Premier League defenders, with many of them failing to make the cut in an incredibly competitive squad. Harry Maguire, the Manchester United captin, is expected to be fit in time, and will be ably supported by John Stones and Tyrone Mings. England have selected 3 top quality right backs in Reece James, Kyle Walker and Kieran Trippier, while Chilwell and Shaw complete the left flank of defence.

England have a very young yet dynamic midfield, with very versatile players allowing Southgate to use various different systems and formations. 22-year-old Mason Mount is expected to be the first name on the team sheet after his starring role in Chelsea’s Champions League triumph. He will be joined by his best mate Declan Rice who has had a brilliant season for West Ham. Liverpool captain Jordan Henderson will try to prove his fitness before the tournament begins too.

Attack is where England are really loaded with options. Marcus Rashford, Jack Grealish and Raheem Sterling provide 3 world class options at the left-wing position for England, while Jadon Sancho is expected to start at right wing, fighting for a place with fellow youngster Phil Foden. Harry Kane is the undisputed starter as the center forward, while Dominick Calwert Lewin is an able back up as a striker.

England have always been regarded as among the favourites for every major international tournament they have been a part of, but have often failed to live up to the expectations. The Premier League being regarded as the best and most competitive domestic league in the world plays a big part in the hype surrounding the England National Team.

Southgate was recruited into the England team under unusual circumstances in 2016, replacing Sam Allardyce after a brief stint. The circumstances leading up to the appointment overshadowed the appointment, and there were few comments on how Southgate would perform, except than relying on his past work with the Young Lions.

Fast forward to the summer of 2018, however, and Southgate became a hero to England fans after leading the Three Lions to their first World Cup semi-final in 28 years, giving fans of a particular generation their first experience of such a deep run.

England have had a poor record in the EURO Cup history though, and have never reached the final, with their best performance being a semifinal appearance at EURO 1996, where the current manager Gareth Southgate was the one who missed the decisive penalty in the shootout.

Since then, they have failed to get past the quarter final stage, and even failed to qualify for the 2008 EURO Tournament. However, during the qualifying phase of EURO 2021, England have won 7 of the 8 matches they played, while also reaching the European Nations’ League semifinal, highlighting their brilliant form of late.

England hadn’t reached the World Cup semifinal since the 1990 edition of the tournament. However, in 2018 they gave a real scare to every top team in the tournament. Aftet finishing as the runner-up in their group behind the dominant Belgium, England were paired with Colombia in a tough match up during the round of 16.

The Three Lions managed to scrape through after a dramatic penalty shootout, after the game had ended 1-1 after extra time. In the quarters England managed to easily dispose off Sweden 2-0, to reach their first semifinal in 28 years. They faced Croatia in the semi, in one of the most dramatic matches of the tournament, as Kieran Trippier gave them a dream start with a stunning free kick goal as they led at half time.

However, Croatia struck with 2 late late goals, including one deep into extra time, to break English hearts and end their campaign. England went on to lose the 3rd place match against Belgium after that as well.

Other Contenders to Win the EURO 2020 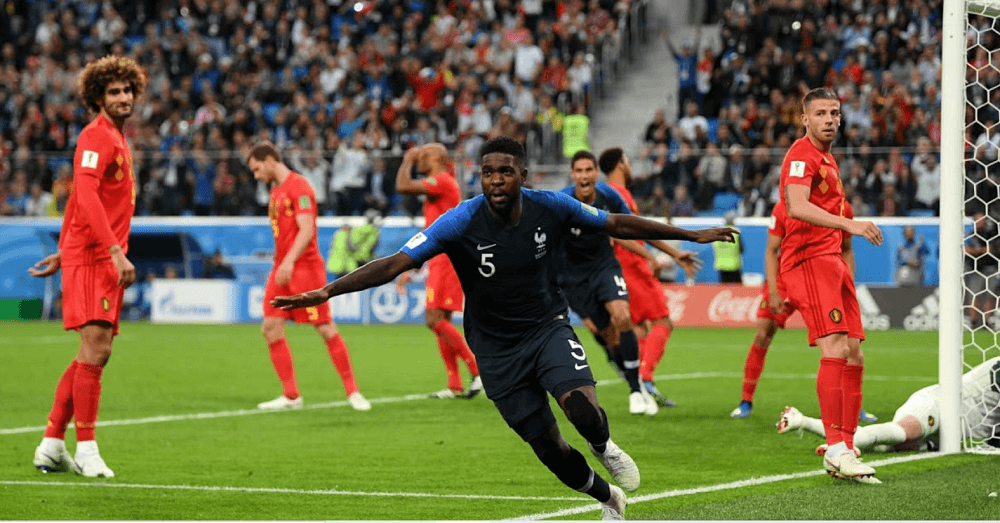 France – France is in imperious form ahead of the European Championships, having won eight and drawn one of its ten EURO Qualifiers en-route to the top of the standings. They were also dominant in the Nations League, and have only lost one of their past 18 matches, a meaningless friendly against Finland in which they fielded a poor team.

The defending World Cup champions are joint favourites with England to win this tournament, and boast of the best squad on paper in world football. At the 2018 FIFA World Cup, they discovered the right formula, annihilating every single team they encountered their way to earning their second World Cup title.

Many of the stars from that campaign are still in the squad for Euro 2020, so the team has a lot of experience as well as a good balance of youngsters. The return of Karim Benzema has boosted the team’s chances even more, while N’golo Kante has got back to his very best and is regarded as the best midfielder in the world again.

Germany – Germany, another incredibly packed squad consisting of versatile players all over the pitch, has been on a downward spiral since winning the World Cup in Brazil in 2014. Joachim Low has struggled to keep the group at the same level as important players have retired over the years.

However, they still have a world-class group consisting of promising young players like Kai Havertz, who just scored the winning goal for Chelsea in the UCL Final against Manchester City. On the wings, they have Leroy Sane and Serge Gnabry, with Thomas Muller in the centre. All three have been crucial to Bayern's recent success.

Versatile and dependable players like Goretzka and Kimmich bring a lot of balance to the team, while in-form Rudiger and legendary goalkeeper Manuel Neuer will keep things tight at the back. Germany are 9.00 favourites to win this event.